I wish my life were more exciting...

and I had things to write about.   Then I would update my blog more often.

Anyway, here is a cool overlay comparison of Icon and Cassidy from a USDAA trial last weekend that Silvina from Agility in Motion put together.

We went to a 2 day AKC trial last weekend and Apollo went 4/4.  He was 4/4 at the trial previous and 2/2 before that.  I don't remember what our trial before that was but I can pretty much guarantee he went 4/4. Like fine wine, Polly just gets better with age.

Other than Perfect Polly, my weekend was split by an OK Saturday (not many Q's but lots of good stuff) and a perfect Sunday.  I ran 4 dogs at this trial and on Sunday we got four QQ's!

I only got Cassidy's runs on video because I know her mom would really like to see them, but I did buy a couple from agilityinmotion.com.  I just haven't gotten them yet because I ordered late.  You will have to picture the other dog's runs in your mind.  I have added comments with each video to help with your imagination.

Cassidy Saturday Standard.  A nice run but a bar when I tried to collect her too much on the 180.  Imagine Icon and Apollo having perfect runs and Rampage being carried off after not stopping on the dogwalk ;)


Cassidy Saturday JWW.  A nice run but at one point I thought I had her head and apparently I didn't, so she took the triple instead (like many, many, many other dogs so I should have known...).  Imagine perfect run for Apollo, a refusal before the jump before the weaves for Rampage and Tammy would probably want us to forget what happened on Icon's run (but she would probably also point out that we had NQ'd before the tossed leash incident anyway :)

Cassidy Sunday Standard.  Imagine a perfect run by all!  (Rampage decided to target a piece of rolling dirt on the teeter though, it was kind of funny)

Oops, just realized that I wrote this blog earlier in the week but never posted it.  It's not all that exciting, but I may as well post it.

Tammy and I went hiking again on Sunday morning at Mt Madonna, we did around 8 miles.  The weather is too beautiful not to take advantage of it while we can (but we need rain!)  I took my 'real' camera so I could get some good photos, but they all turned out crappy.  Really, really crappy.  Mt Madonna on a sunny day is not an easy place to photograph 8 moving dogs!

Coty tried to convince Icon and Cassidy to dive in, but they aren't crazy!

Yeah, a photo where you can actually see dogs and stuff!

I may have been a bit focused on food lately....
Tomato and Feta Quinao Pilaf, a new favorite! 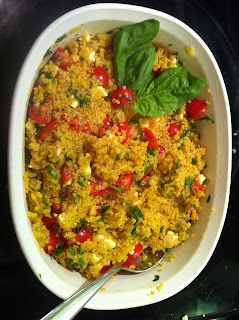 Thai Basil and Eggplant before and after.  YUM. 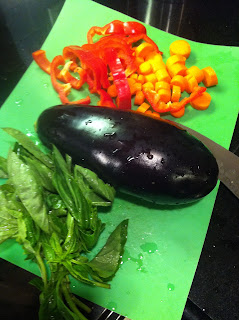 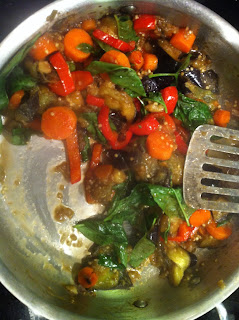 You can't go wrong with Pizza! 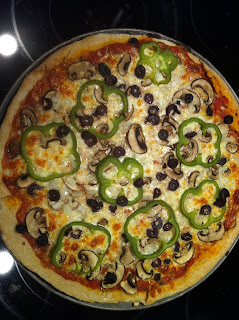 Transitioning from food to dogs.  Foster wants to play ball with the only two Kaffir Limes that my tree produced this year (but that's two more than last year!)  I have to figure out what to do with them... 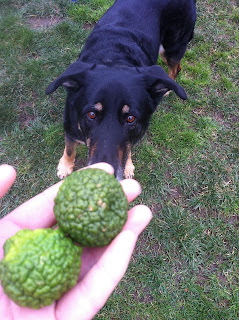 Cassidy sings along with the cast from Glee.  Don't tell her I said this but she doesn't have the most soothing voice. 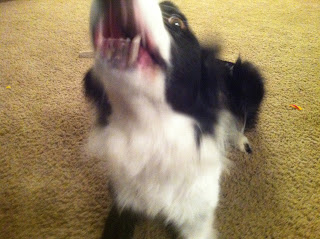 Icon thinks he is very helpful when I work on the computer. 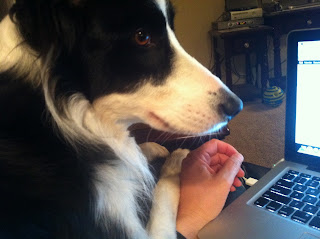 Hardwear required for taking 5 dogs on a walk 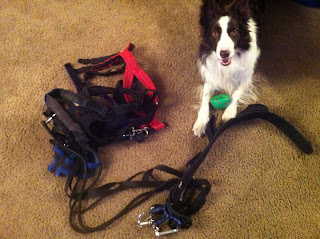