Her name is Kirk!

I decided to just stick with my boy name, Kirk!  It's fun to say and she likes it (and so do my other dogs).


Foster continues to be so good with her, but he doesn't like his new nickname, "Momma Foster"

Dasher has no clue what's in store for her.

Hopefully Kirk will grow into this Frisbee

Puppy vs the ball

For the record, she threw that ball for herself. 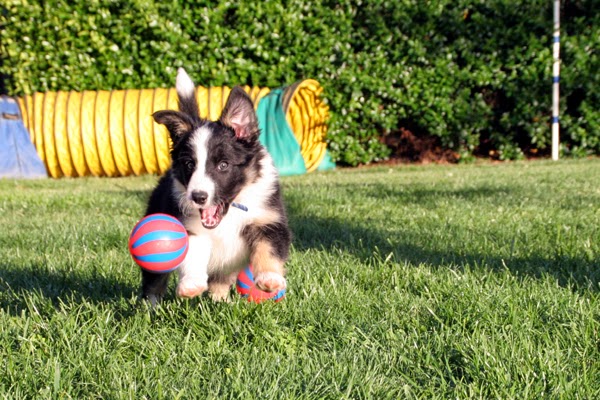 And even caught it.  Love handsome Rammy in the background.  He stays as far away from the beast as he can, but circles her like a satellite (a bouncing, barking satellite) 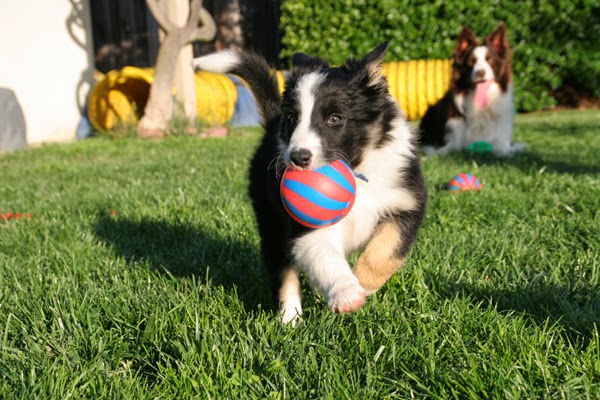 And look at what a wonderful brother Foster is.  Like there was ever any doubt :)

Patient Foster from Agility Dogs on Vimeo.
Posted by Channan at 10:33 PM 4 comments: 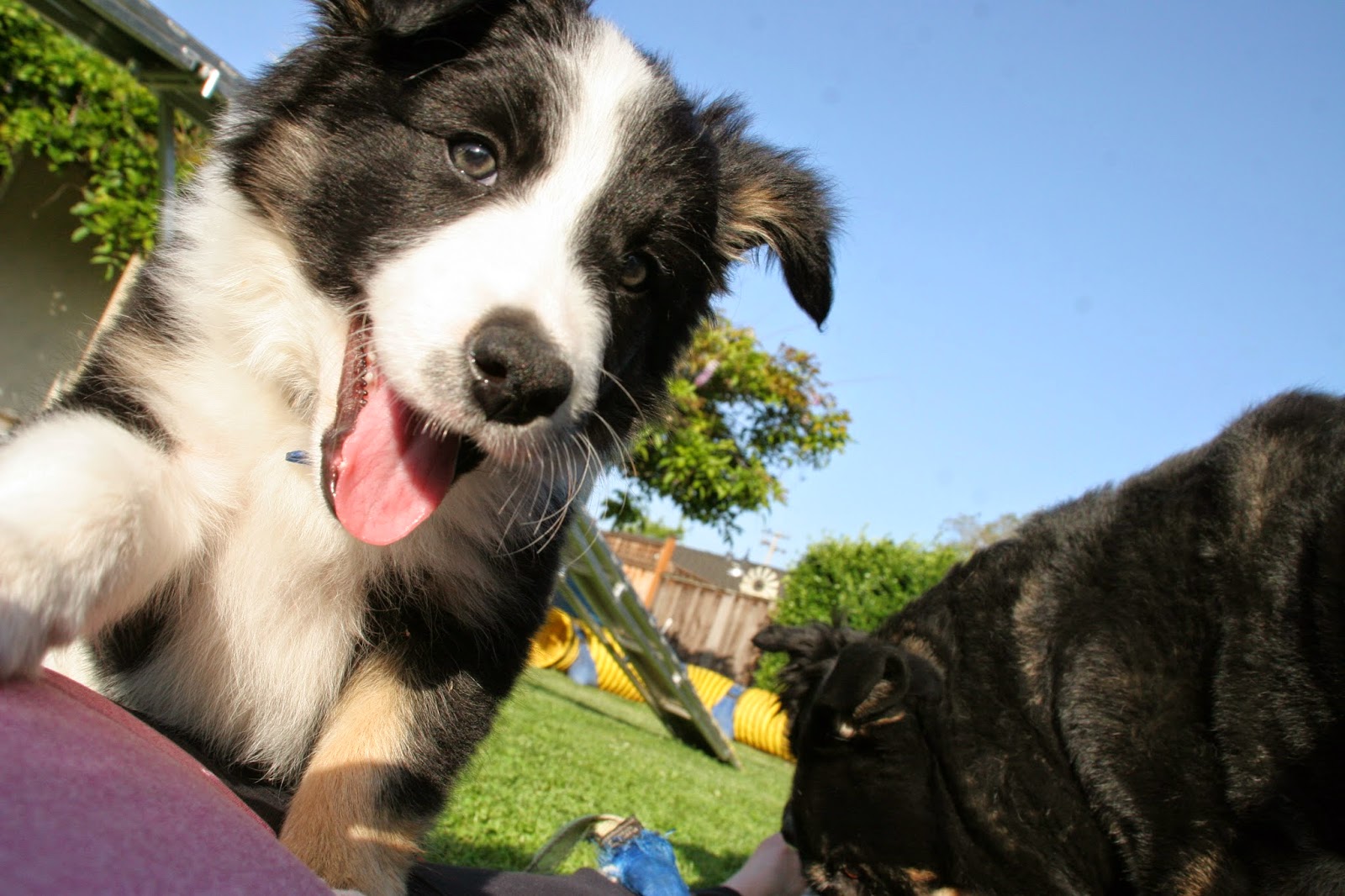 Only the newest and cleanest toys are good enough for my delicate girl. 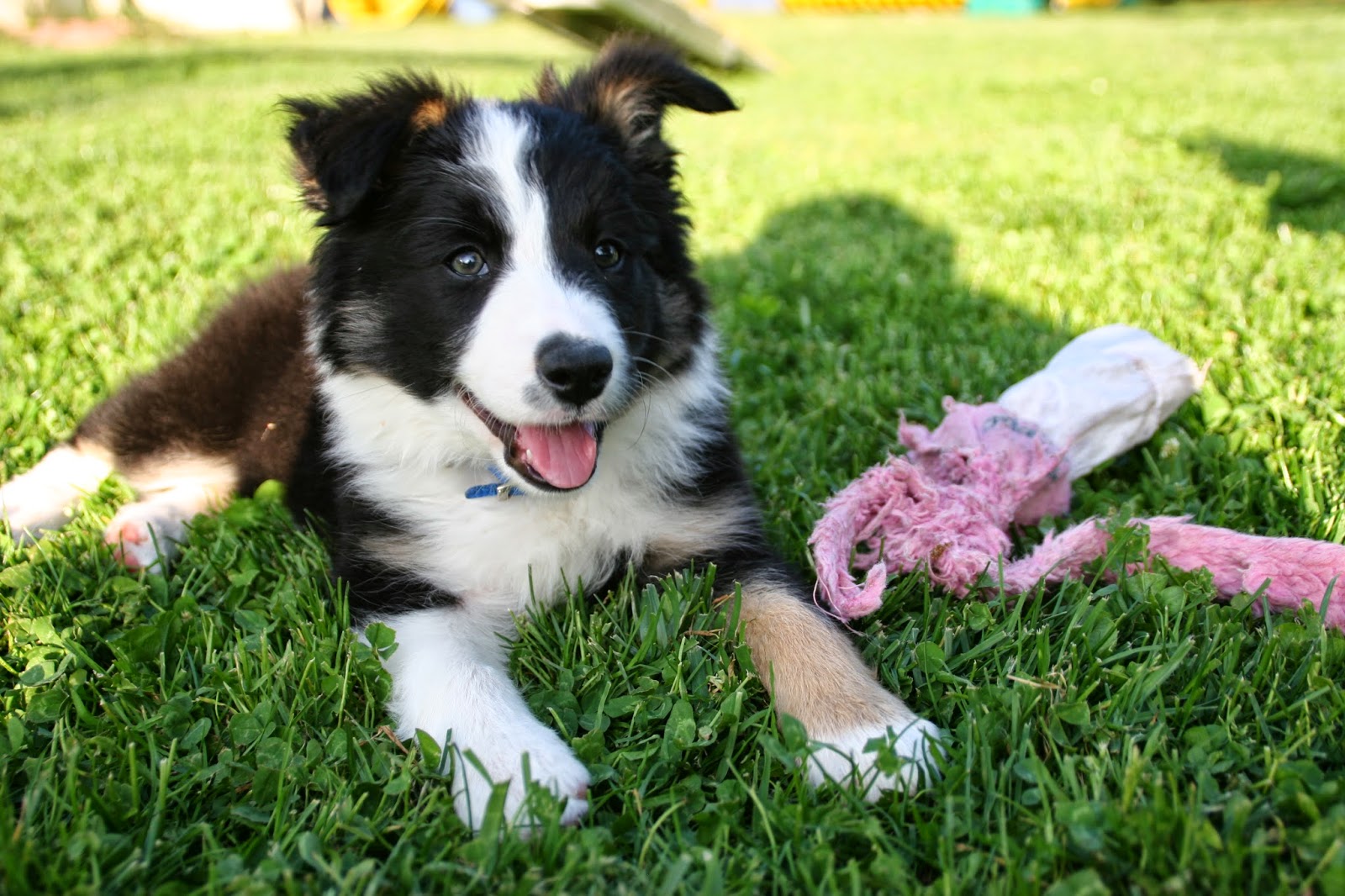 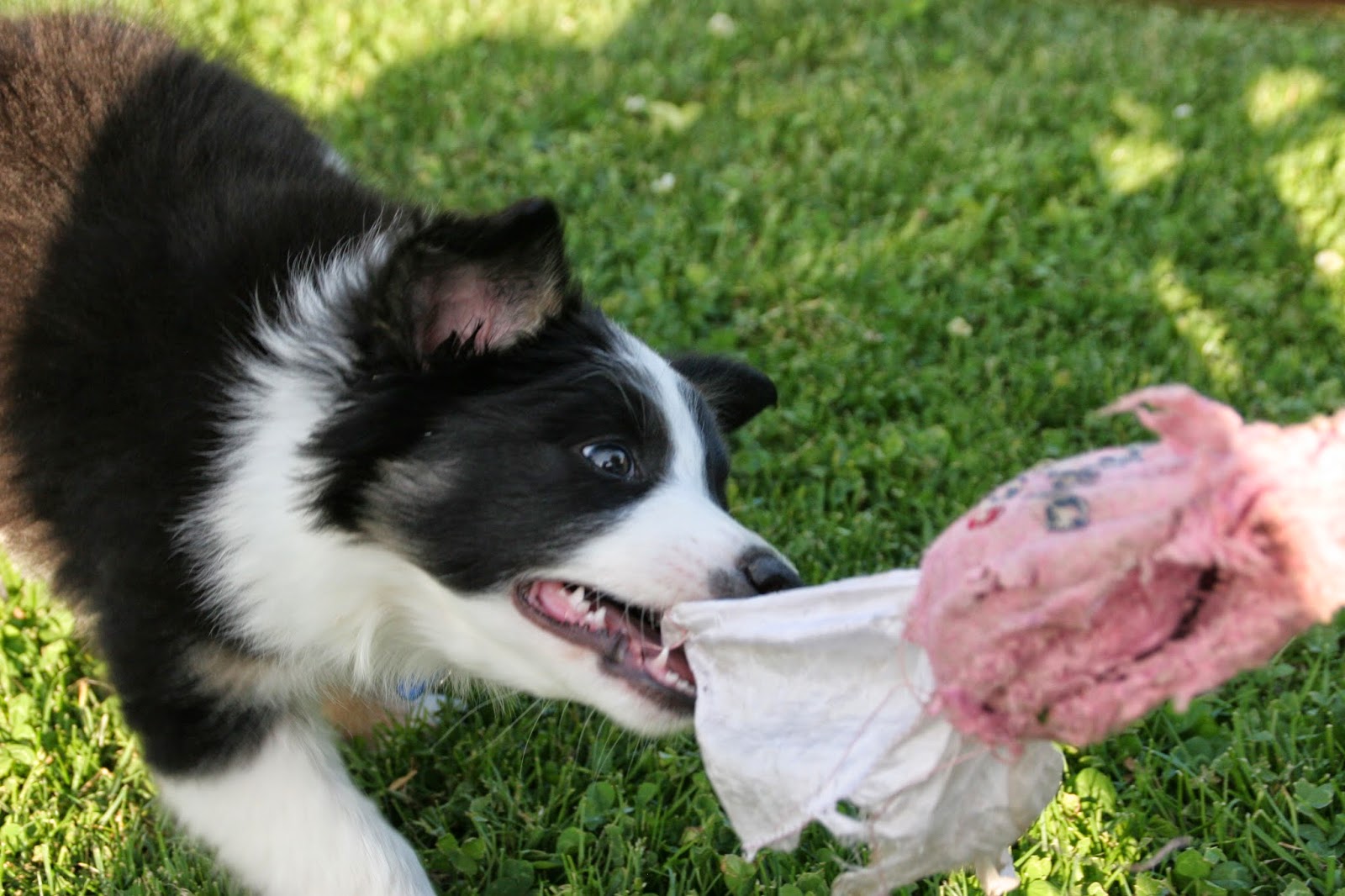 Love at first sight (not really, but now that's how I'll remember it) 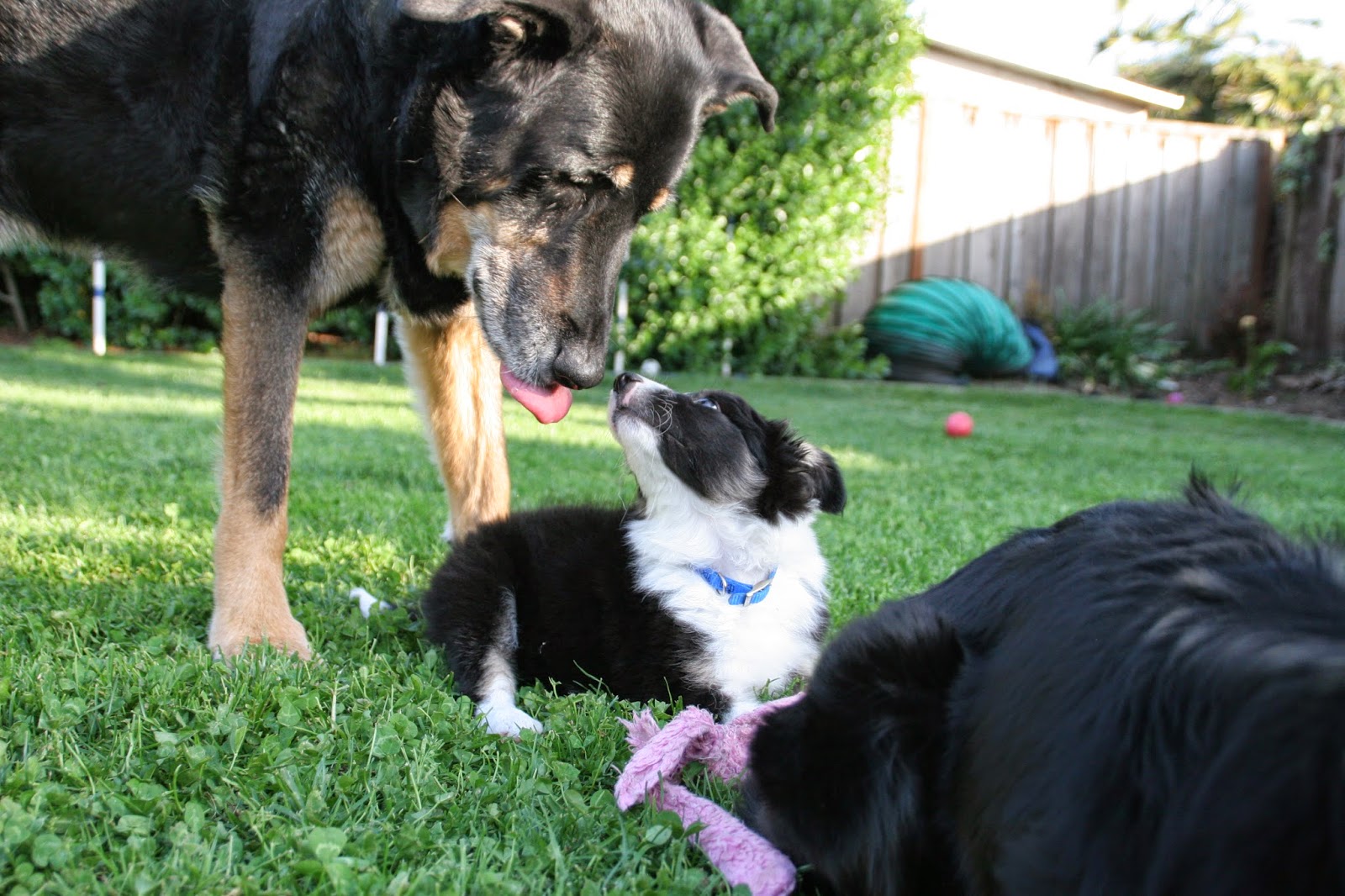 I had so many plans to introduce my new puppy.  He had a special name that was going to be revealed in a spectacular fashion (ok, maybe not spectacular but interesting.)  There was going to be a video using special effects and a contest to see who could guess his name.   I had his whole agility career planned out for him from puppy to world champion.  But it wasn't to be...

Because it's a girl!  And my boy name was macho and egotistic and just wouldn't fit her very well (although it wouldn't NOT fit her).  She doesn't have a name yet, but I'm currently leaning towards Newt. 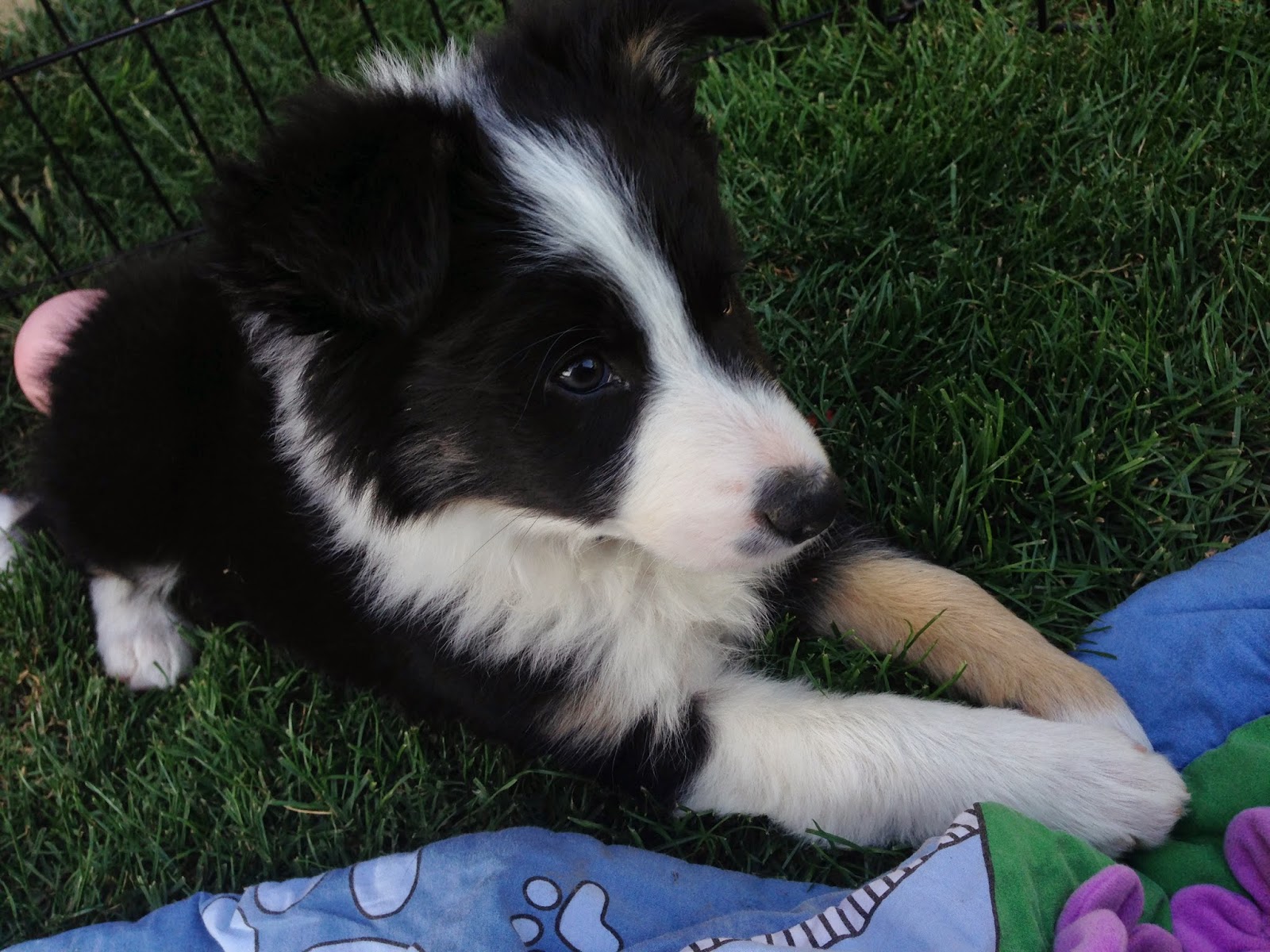 She wasn't so sure about the big dogs yesterday, but is quite comfortable with them today.  They all ignore her at this point, aside from Icon who wants to herd her.

Having issues with loading photos, so will do more later.

For the last 5 years or so, ALL toys go to Foster first (especially toys won by the other dogs at agility trials).  The other boys get to play with toys when Foster doesn't want them.  So now Foster doesn't understand why HE doesn't have first dibs on all of these wonderful, colorful puppy toys. 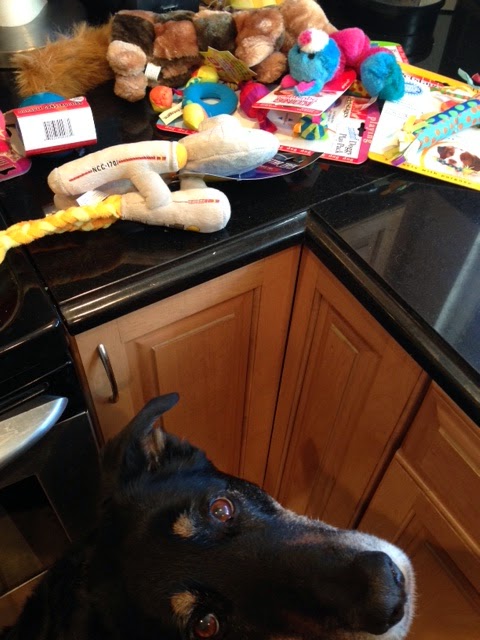 Puppy will be 7 weeks on Wednesday and will probably come home next Friday, but maybe Monday since I'll be at a trial in my RV all weekend and who wants to deal with a puppy at a trial in an RV?  OMG, who am I kidding... I DO!